Autonomous Cars: Is This the End of Road Warriors and Sunday Drivers? 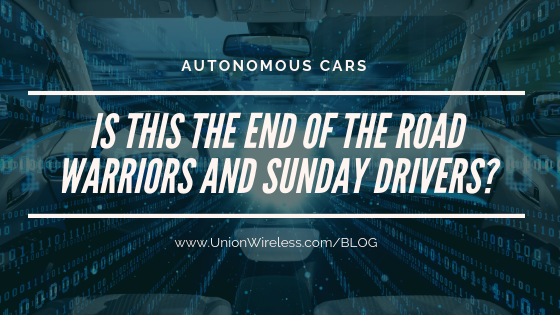 Knight Rider, Bat Man, and even the lesser known, Auto Man, had one mechanical thing in common: a self-driving, intelligent car. The idea of an autonomous vehicle predates any of these heroes. The concept debuted early in 1939, during the New York World’s Fair. Here, General Motors exhibited “Futurama,” in which they displayed a future that included self-driving cars on an automated highway system.

Fast forward to the present and the cars currently on the highway have only made it half-way to that 1939 vision, with most cars containing some autonomous features, such as assisted parking and braking systems. These semi-autonomous vehicles, however, have not stalled the development of the full-fledged autonomous rides which stubbornly remain on the outskirts of the general populous’ reach. As of 2018, over 46 companies are developing autonomous cars, including Tesla, Google, Volvo, GM, and even Apple.

Among the most developed is Waymo, by Google. They started working on autonomous vehicles in 2009 and have already logged over 8 million miles on the road. The CEO of Waymo, John Krafcik, has stated that, “The vehicles will be fully self-driving. So, you have your own personal space where you can sit back and relax.” But what are the pros and cons?

Most vehicular accidents, about 94%, are the result of human error. Autonomous vehicles have the potential to greatly improve safety on the roads because the most dangerous part of the human plus automobile equation is the human. “People are so bad at driving cars that computers don’t have to be that good to be much better,” stated Marc Anderseen, a renowned software developer. Without the human issues of drowsiness, distractions, drugs, drunkenness, or even road rage, self-driving cars are destined to make the roads safer for everyone.

There are legitimate concerns before the autonomous ride becomes as common to us as hopping a plane. Firstly, the industry is predominately unregulated. Then there are the issues of possible computer failure and software hacking. Before production and sales can take off, these issues will have to be resolved.

As with any new fandangled thing that approaches entry on the market, caution should be exercised. Even when the cars are ready to go, the highway system may not be. Cities may well be the first to see these futuristic machines put to full use, while the countryside, with their dirt roads and often limited internet infrastructure, may have to wait a bit longer. Until the autonomous vehicles become widespread, we will just have to continue putting up with the unpredictable and unavoidable Road Warriors and Sunday Drivers.